First marketed in the 1990s, GMO foods are now widespread. It is estimated that as many as 70% of foods found in supermarkets contain GMO ingredients. The battle over these engineered foods has become fierce. On one side, pro-GMO groups (mainly Big Ag supporters) maintain these altered crops increase the food supply, reduce the need for pesticides and have been proven safe.

Anti-GMO groups are concerned these items may cause irreparable environmental damage and affect numerous critical areas of health, and as many reports shows, actually increase the need for more pesticides due to increasing resistance. 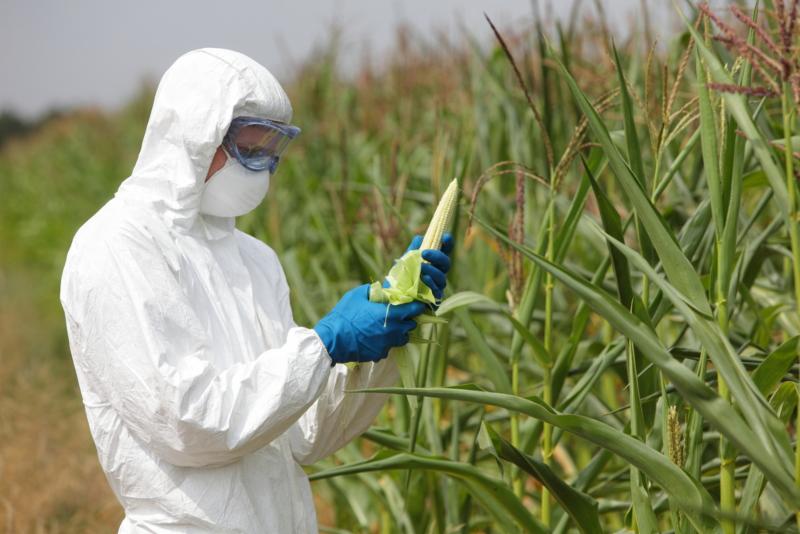 America is Way Behind

The DARK Act: legislation developed by some food companies – dubbed the Deny Americans the Right to Know, or DARK, Act – was passed by the House of Representatives in July 2015, and then proceeded to be considered in the US Senate. However, last month a vote in the Senate fell short of the number of votes needed to end debate on the bill and move it forward; An enormous victory for consumers.

Another indication that the tide is turning is that several large producers of packaged foods recently announced plans to introduce GMO labeling on the package of products containing GMOs. (to learn more: http://www.ewg.org/key-issues/food/dark-act-info-center) 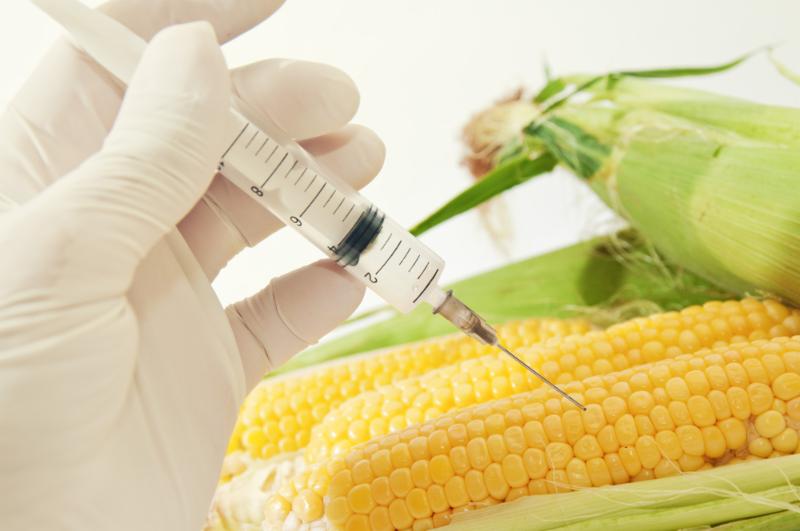 The American Academy of Environmental Medicine has raised red flags over GMOs. A growing number of independent studies have analyzed the results of feeding GMO corn and soy to animals over time. These foods have been shown to affect fertility, immunity, cellular health and other critical functions in animals.

There are other issues as well. Increasing evidence shows GMO crops may encourage drug-resistant bacteria and pesticide-resistant bugs. Resistant pests will require stronger and more toxic pesticides in the future. Also, GMO crops can spread outside farm boundaries, cross pollinating with non-GMO varieties.

More independent studies must be done to understand the impact of GMOs on human health. To truly determine the safety of GMO foods, we need multi-generational pre-clinical and clinical research, genetic testing, epidemiological data and independent, peer-reviewed safety studies. No one currently knows the long-term effects of GMOs on human health. 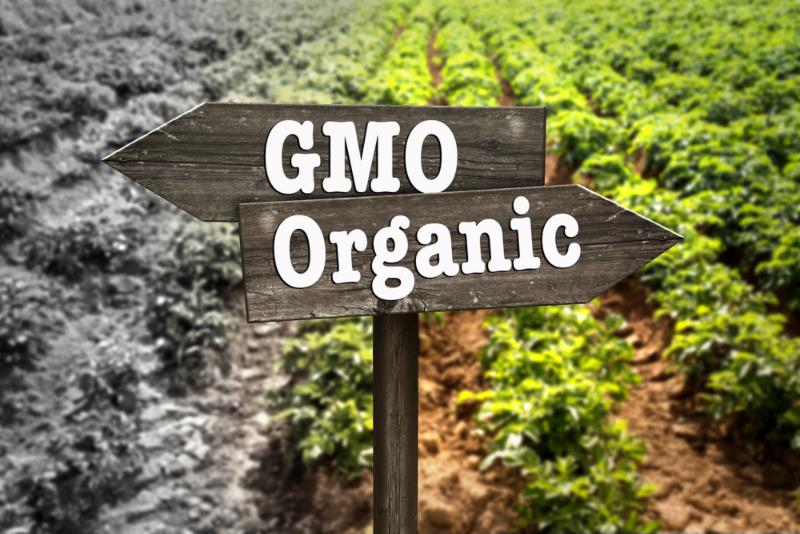 Labeling laws do not allow GMOs to be certified organic. However, cross-contamination from neighboring fields may taint the organic food supply. At present, GMO crops make up roughly 88 percent of the soy, cotton, canola, sugar beet and corn supply.

In addition meat, poultry, and dairy animals that are not certified organic, often live on GMO feed. How this may impact meat or dairy products is not known. Organic eggs, poultry, dairy and meat should not use GMO feed; however, it’s always best to check with your source.

As noted, some organic foods may be affected by GMO pollen; however, they significantly reduce exposure. When factoring in other benefits, such as fewer pesticides and hormones, organic is simply a good choice. 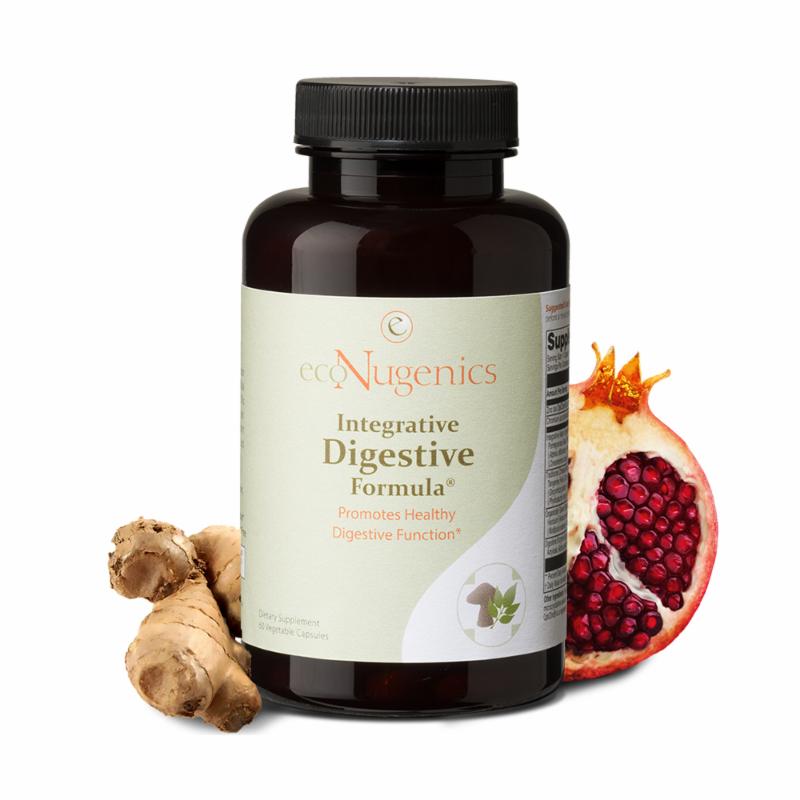 Some studies have indicated GMO foods can change the gastrointestinal lining, increase food sensitivities and block digestive enzymes. There are a number of ways to effectively support digestion: probiotic and prebiotic supplements; the minerals zinc and chromium; digestive enzymes amylase, protease and lipase; and cinnamon, cardamom, pomegranate, ginger and other digestive herbs.*

ecoNugenics Integrative Digestive Formula®combines many of these ingredients and other digestive-supporting herbs and nutrients, to support and optimize digestive function and relieve occasional digestive discomfort.* 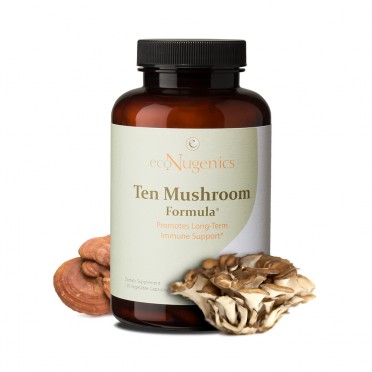 Fortunately, our bodies have a host of embeded detoxification mechanisms. It’s our job to support these systems with key foods, nutrients and botanicals. Regular, gentle detoxification practices can help remove environmental toxins, pesticides and other pollutants from the body. 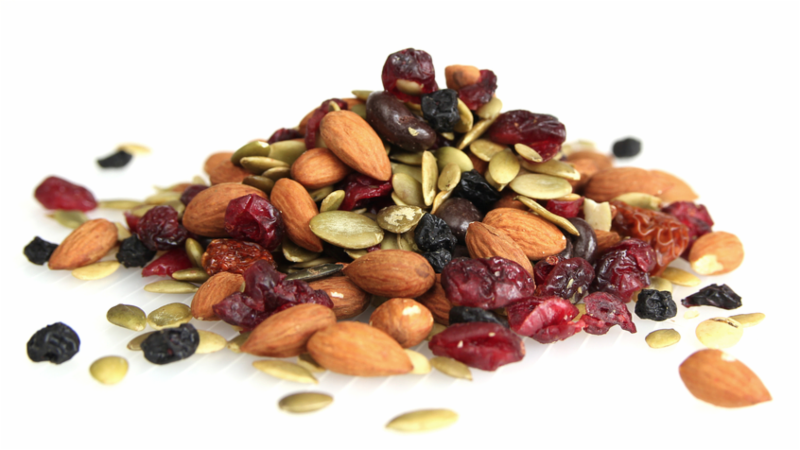 Foods containing sulfur such as onions and garlic, and the protective compounds in cruciferous vegetables, along with  a whole foods, seasonal, organic diet focused on vegetables, nuts and seeds, legumes, healthy oils, eggs, low glycemic fruits, with a small amount of fermented dairy, and lean animal protein, provide a solid foundation for maintaining detox capabilities.

With the level of daily exposures that exist in our world, supplementing with a total-body, comprehensive detoxification support is a wise choice.  ecoNugenics formula ecoDetox™  does just that. It contains targeted botanicals and nutrients that help to optimize the body’s natural detoxification capacities.* 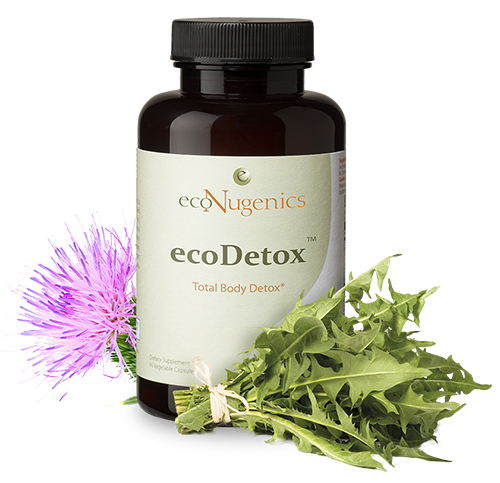 Clearly, more independent research on GMOs is urgently needed. In the meantime, we recommend taking a cautious approach. Stick to organic foods as much as possible, take a closer look at signs and labels, and, to be proactive, add in scientifically validated natural ingredients that can help maintain your long term health and vitality.